You are here:
BEER NEWSNEW BEERS 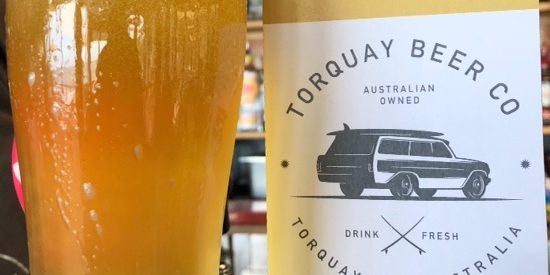 Torquay Beer Co has launched with the tapping of their Golden Ale at the Wye Beach Hotel in Wye River on the Great Ocean Road between Lorne and Apollo Bay.

Torquay Beer Co’s Golden Ale has been designed as a sessionable summer beer, perfect for a few pots after a day at the beach. Using El Dorado, Ella and Amarillo hops, this beer has citrus and mandarin characteristics with a clean dry finish thanks to a generous amount of malted wheat in the malt bill.

Born in Torquay Victoria, Torquay Beer Co produces sessionable yet full flavoured beers designed for compliment the coastal lifestyle and reminiscent of cruising down the coast for a chilled out long weekend.